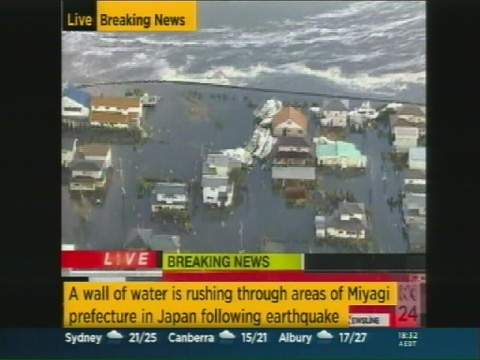 According to the official Japanese Kyodo News Agency, tehre are at least 88 000 missing people. Photo by EPA/BGNES

At least 93 people have been killed in the devastating 8.9-magnitude earthquake that hit Japan on Friday, according to the first official death toll from police.

The official Kyodo News Agency reported that about 88 000 people were missing after a tsunami triggered by the quake swept away houses, farmlands and vehicles.

Up to 300 bodies were found in the beach of Sendai, the closest city to the epicenter of the quake. The city has a population of 74 000.

A large waterfront area near the city is on fire. Houses and other buildings are also ablaze near the Kesennuma city in Miyagi prefecture, near Sendai.