Dog Spinning - We Have Seen Worse, But Why Keep It? 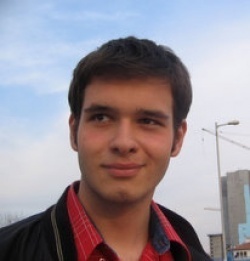 The mayor of the Bulgarian Tsarevo Municipality defended the controversial "dog spinning" ritual, claiming it is not so dangerous for the dogs.

In dog spinning, which is practiced in the southeastern Bulgarian village of Brodilovo at the beginning of March, a dog is suspended above water on a rope, then turned repeatedly in a given direction to wind the rope, then released so that it spins rapidly in the opposite direction as the rope unwinds, until the dog falls into the water.

Not only Petko Arnaudov, Mayor of the Municipality where ritual was recently renewed, but many Bulgarian forum users have pointed out that whale killing in the Faeroe Islands and the Spanish bull fights are much more severe "cultural traditions" than dog spinning. And this actually sounds like a valid argument – if the dispute is whether Bulgaria is the worst animal-killing nation. To state that Bulgaria is a barbaric country based on this phenomenon would by hypocritical, to say the least.

Still, the fact that people have committed much more violent acts towards animals does not mean that dog spinning deserves to be kept as a tradition - for obvious reasons.