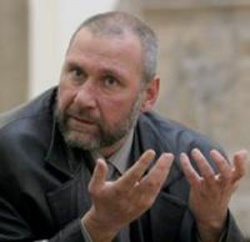 Nikolay Ovcharov, a prominent archaeologist, has joined the wave of Bulgarians outraged at a Michael Palin travel episode featuring the country, which was recently broadcast by the BBC.

"Bulgaria's society should react to the scandalous movie and take a clear position," Ovcharov said at a press conference on Tuesday. His rage was provoked by an episode of Palin's travel series New Europe, which featured segments on Macedonia, Bulgaria and Turkey.

In the episode, Palin says that 'Bulgaria is famous mostly with the fact that a lot of gypsies live there.'

He reports from the Plovdiv Roma ghetto of Stolipinovo and states Plovdiv may be called a 'gypsy city'.

According to Ovcharov, the British actor and journalist has skipped showing the Bulgarian cultural heritage instead, which has hurt the country's international image