Number of Bulgarians Down by Estimated 1 Million in 10 years 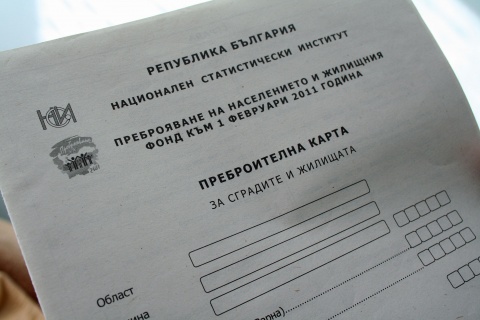 The latest Census in Bulgaria was conducted by the National Statistics Institute, NSI, from February 1 to February 28. Photo by BGNES

During the 22 years of the so-called transition period in Bulgaria, after the fall of the Communist regime in 1989, about 22 000 have emigrated from the country each year.

The data comes from preliminary results of the Census in Bulgaria, conducted by the National Statistics Institute, NSI, from February 1 to February 28.

Data collected up to February 22, shows the number of Bulgarians living in the country is down by 1 220 000 since 2001, the Bulgarian daily Monitor writes Wednesday, pointing out NSI experts warn the data is not yet precise.

According to the latest data, currently 7 563 710 people live in the country, but comments on the dimensions of the demographic crisis and the emigration would be able to be made with accuracy in the beginning of April when the first results will be summarized.

Regarding emigration, exact data is expected in several months when all Bulgarians living in EU Member States will be accounted for, but this would still not include the large numbers living outside Europe, particularly in the US and Canada.

There are also 70 000 Bulgarians in Cyprus and another 70 000 in Great Britain and Ireland. An additional 30 to 40 000 are migrant workers traveling between Bulgaria and the UK depending on the labor market.