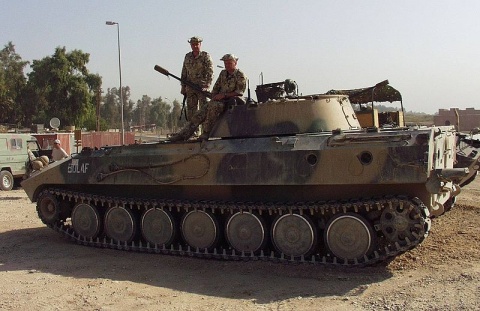 Modernized BMP infantry fighting vehicle could become a primary item of production for Bulgaria's defense industry, according to a US analyst.

D. Lockwood, a Weapons Systems analyst at Forecast International, as cited by the Defense Professionals Daily, expects that the infantry fighting vehicles previously produced by Bulgaria will be modernized according to NATO standards, and could thus emerge as an item of interest on the international market by 2020.

The analyst reminds that in 1987, Bulgaria embarked on a program to develop an indigenous mechanized infantry combat vehicle based on the MT-LB. The Bulgaria state factories originally developed the BMP-23 and BMP-30; the Terem Joint Stock Company took over production in the early 1990s.

He points out that the Terem Joint Stock Company continues to offer these vehicles on the international market. To date, however, the Bulgarian Army has been the only buyer; Lockwood estimates 247 vehicles are currently in Bulgarian Army service.

"As Bulgaria has now achieved its goal of NATO membership, we expect Terem will upgrade its BMP-30 and BRM-23 lines to NATO standards. This effort could include integration of Western drivetrain and electronic components in an attempt to make the vehicles more attractive on the international market. The BMP-30 may be in its final years of low-rate production for Bulgarian Army procurement. Modernization and retrofit work will likely bring existing vehicles up to NATO standards. While the BMP-23, BMP-30, and BRM-23 will never be a major factor on the international market, these vehicles continue to provide the Bulgarian Army with a relatively modern mechanized capability. Renewed production and modernization/retrofit work could become a significant source of revenue for the prime contractor by 2020," the forecast states.