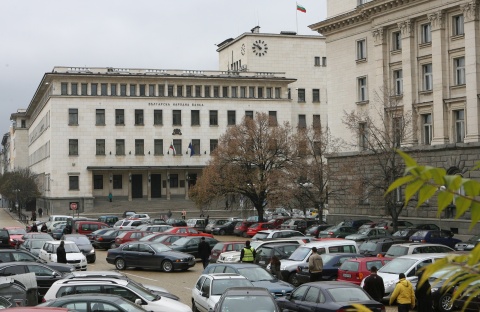 The Bulgarian Central Bank has sent a letter to leading investigative German journalist, Jurgen Roth, disproving claims the bank and its Governor are protecting the interests of the shady business group TIM, under the approving eye of Prime Minister, Boyko Borisov.

The letter, which also asks for apologies and warns Roth with legal action over his unproven allegations, has been published in the journalist's blog.

This is the full text of the letter:

My name is Alexander Urumov and I am writing you from the position of Head of the Public Relations Directorate at the Bulgarian National Bank. This is the Central Bank of Republic of Bulgaria, the Bulgarian analog of the Deutsche Bundesbank.

Yesterday, we read in your blog, with unpleasant surprise, strange claims involving the name of the Bulgarian National Bank (BNB) and its Governor, Mr. Ivan Iskrov. According to your statements, the BNB Governor exerted pressure on Allied Irish Banks, AIB, owner of 50% of the shares of the Bulgarian-American Credit Bank (BACB), which is part of the Bulgarian banking system.

According to the text in your blog, this alleged pressure was exerted during a meeting between the Governor, AIB representatives and representatives of the Expat Capital Corporation. The latter have expressed interest in buying this 50% stake. By citing obscure sources without names or places, you claim that the BNB Governor advised AIB to transfer their share in BACB to the Central Cooperative Bank. In your opinion, Mr. Iskrov was acting in this manner to show gratitude for being elected for a second term as BNB Governor.

Dear Mr. Roth,
As a citizen of a country with high European standards, including freedom of speech and the associated responsibility, you probably know what a burden your unproven allegations can become. Allow me to define these statements as speculation. Unlike you, I will argue with clearly-stated names, numbers and facts.

1. According to the Bulgarian legislation, the Governor of BNB is elected by the Bulgarian Parliament for a term of 6 years. Mr Ivan Iskrov was elected twice for his second term. The first election was held in spring of 2009 by the 40th National Assembly, dominated by Socialists and Liberals. In this election, on May 28, 2009, he received 165 votes for, 6 votes against and no abstentions. After the parliamentary elections in summer 2009, the Bulgarian voters gave authority to a center-right majority in parliament. Because Bulgaria had a new Parliament and driven by the desire for maximum public and institutional support in its operations, Mr Iskrov resigned from the post in August 2009. His candidacy was again raised in the Parliament and he received 195 votes, 1 against and 14 abstentions. For your information, the number of votes required for parliamentary approval for the post is 160.

As you see, Mr. Iskrov has secured the support of two diametrically opposite parliamentary majorities in the 40th and the 41st National Assemblies. The reason for this almost unanimous support stems from the enormous effort to ensure the stability of the Bulgarian banking system. The activities of the BNB were evaluated and assessed without prior notice several times over the years by the IMF, the World Bank, and the institutions of the European Union. It is obvious your statements about hypothetical support for a powerful, in your opinion, group have no connection with reality.

2. Regarding your claim about alleged pressure exerted by Mr Ivan Iskrov during a meeting with AIB and Expat, we firmly declare that such a meeting never happened and AIB have never been pressured. Only AIB can decide whether and to whom to sell their shares. BNB cannot intervene in any way whatsoever in contractual relations between private investors. The BNB tasks are completely analogous to those of the regulatory authorities in the Federal Republic of Germany. In order to reveal the truth, we have written to AIB and Expat, asking for their opinion, which we are sending to you for your information. As you can see, they are signed by the Director of AIB Corporate Finance in Dublin, and by the Expat manager. These opinions clearly show that in this case an attempt had been made to involve you in an intrigue by using your reputation as investigative journalist. Furthermore, Expat say they have no contact with you and have never communicated with you. AIB insist that they were never pressured by a third party to sell their shares in BACB.

In connection with these recent letters, we insist that you delete from your blog your unproven claims, tarnishing the impeccable reputation of the BNB and its Governor. Of course, a public apology to the BNB Governor, Mr. Ivan Iskrov, would be logical and fully in accordance with good journalistic practice. Relying on your professional goodwill, we hope that we will not be forced to seek our rights in court. We ask for a fast response on your part, otherwise, in order to protect the impeccable reputation of BNB and its administration, we will be forced to publish our position, together with the views of AIB and Expat on the BNB site.

With Respect,
Alexander Urumov
Director in the Public Relations Directorate at the Bulgarian National Bank