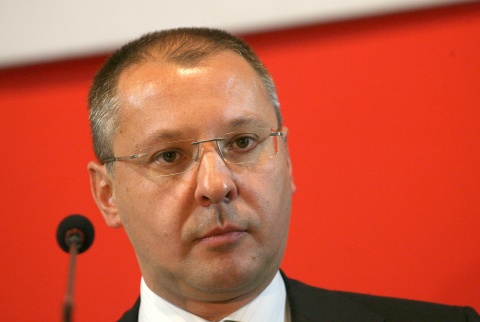 Bulgaria's former Prime Minister and leader of the opposition Bulgarian Socialist Party, Sergey Stanishev, is to become father for the very first time around Easter. Photo by BGNES

Bulgaria's former Prime Minister and leader of the opposition Bulgarian Socialist Party, Sergey Stanishev, is elated about becoming father for the first time this spring.

In his first interview after the news broke, Stanishev says fathers are loved more by girls, and he already feels connected to the baby who responds to his voice and the music he selects for her.

The opposition leader further states this is a very emotional and exciting moment for him and he has lots of responsibilities to the woman standing by him and her children from a previous marriage.

Monika Yanova, formerly Yosifova, is the future mother, and she has two other children from banker Ventsislav Yosifov.

"The children are very attached to their father and I want them to understand they can count on me, talk to me about everything and trust me," Stanishev points out.

The former PM reveals he hopes for the baby, who is to be born around Easter, to have the same zodiac sign as him, adding the couple is yet to choose a name.

"I wish for a traditional and short name to avoid mockery from future classmates, but after all it is always the mother who decides on this," says Stanishev and admits he is yet to learn the price of a diaper.