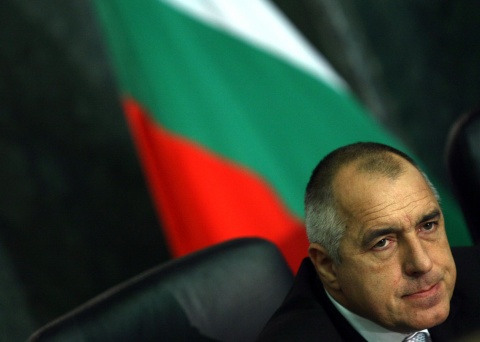 Bulgarian PM Borisov urged Bulgarians in "risk countries" to return to Bulgaria as soon as they get a Foreign Ministry warning rather than wait for the government to collect them. Photo by BGNES

The Airbus plane sent by the government is expected to collect about 70-80 Bulgarian nationals from the North African country whether the dictatorship of Muammar Gaddafi is facing an intensifying popular uprising, Borisov said. The government plane has only 90 seats.

A second Bulgarian Airbus provided by the Bulgaria Air private air carrier departed from Sofia at 6 pm Eastern European time, and is on its way to Libya. It has bigger capacity and will bring home about 150 Bulgarians.

"I want to address our compatriots in these tumultuous countries – whenever the Foreign Ministry in Sofia issues warnings of potential problems – let them use the civilian aviation shortly, and not to wait for us to send special planes to collect them. Yes, we are obliged to do that, and we are doing it sincerely, from our very hearts but they should be leaving when we warn them rather than wait for a conflict to unravel and for us to pick them up," Prime Minister Borisov said.

The first plane evacuating Bulgarians from Libya is supposed to depart from Tripoli at 11:30 pm, and to arrive in Sofia at 2:05 am Eastern European time.