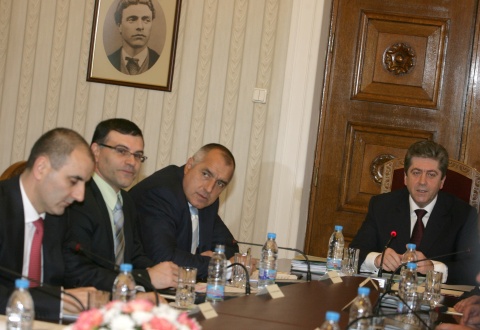 Bulgaria's President, Georgi Parvanov, demands information about the profile of people who are spied on with special surveillance devices, SRS, and the effectiveness of their use.

Parvanov spoke at the Tuesday opening of the meeting of the Consultative National Security Council dedicated to the country's home affairs, Schengen entry, fight against contraband and SRS use.

The President voiced doubts the authorities are wiretapping not only people connected to shady business and organized crime, but refused to elaborate on names.

Parvanov pointed out the police and the special services must explain if information from SRS is being filtered, saying a positive answer would mean illegal use. He also stressed that the latest information firmly shows SRS are applied excessively when there are no reports of threats for national security or terrorist attacks.

According to the President, SRS control is key, adding despite the positive actions of the Parliamentary Subcommittee on the matter, the National Bureau for Control of Wiretapping and Following must be reinstated.

Regarding contraband, Parvanov appealed for establishing concrete measures against cigarette smuggling by improving the partnership between the Interior Ministry and the Customs Agency. He also requested information on the real losses from contraband for the State budget and the actions of the cabinet to counter it.

The President said in the last year and half it seems the Customs are under the shadow of the Interior and pointed out the investigative functions of the Customs agents should be expаnded.