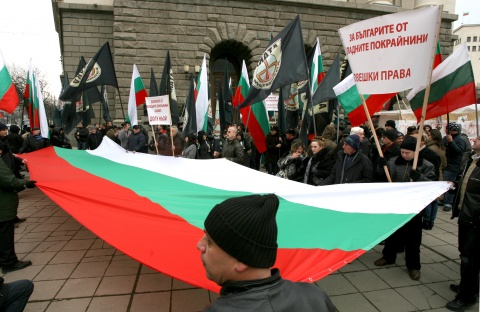 Serbia's obstruction of the remembrance of Levski by the ethnic Bulgarian minority in the country led to strong reactions not just by the "nationalists on duty" but also by the mainstream Bulgarian press and the general public. Members of the Bulgarian minority in Serbia were active participants in the rally.

The formal announcement of the press office of the Bulgarian government stated that the press briefing of Borisov and Cvetkovic was canceled because of "the numerous meetings on the agenda of the prime ministers."

The Borisov-Cvetkovic briefing was supposed to take place late Monday afternoon just as several hundred outraged protesters were outside the Council of Ministers meeting in downtown Sofia with demands ranging from a formal apology by Serbia, to vetoing Serbia's EU membership, and reincorporating the so called "Western Outlands", the Bulgarian-populated regions ceded to Serbia as a result of World War I, back into Bulgaria.