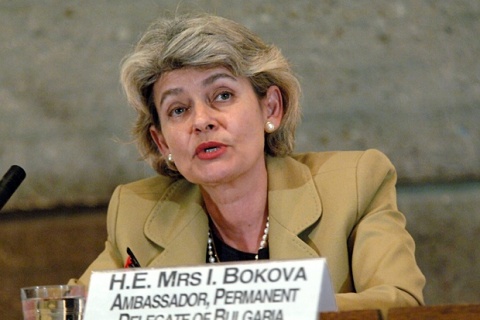 UNESCO and a number of countries across the globe are marking Monday International Mother Language Day.

The Mother Language Day is celebrated on February 21 every year since 2000, and aims to raise awareness of the importance of cultural and linguistic diversity and of multilingual education.

In a press release on the occasion, the organization points out that half of the world's 6 000 languages are endangered. International Mother Language Day underlines the importance of preserving this cultural and linguistic wealth.

UNESCO Director-General, Bulgarian Irina Bokova is cited saying that "each language is a unique source of meaning for understanding, writing and expressing reality" and the international day is "a moment to recognize their importance and to mobilize for multilingualism and linguistic diversity."

"We must harness the power of progress to protect diverse visions of the world and to promote all sources of knowledge and forms of expression," Bokova points out.

UNESCO is holding Monday an information meeting and debate, "Projects on Linguistic Diversity and New Technologies". Linguists, experts and representatives of UNESCO, the International Organization of La Francophonie and the Latin Union will report on the latest updates of the Atlas of the World's Languages in Danger, as well as the first results of a UNESCO project that analyses linguistic trends since the 1950s. Debates on bilingual education and the new technologies are also on the agenda.

Meanwhile, UNESCO will be launching a campaign via the social media Twitter and Facebook to encourage users to share stories, photos and videos illustrating the potential of new technologies for the promotion of linguistic diversity.

UNESCO promotes linguistic diversity through a wide range of projects around the world, the press release explains.

In Chile, it has published educational materials in three indigenous languages, mapuche, aymara and rapa nui. In Brazil, endangered indigenous languages and cultures are being inventoried in an effort to preserve them. In Africa, a program designed to safeguard the Batammariba culture has been launched in the Koutammakou region (Togo) and is teaching the ditrammari language in 12 local schools.