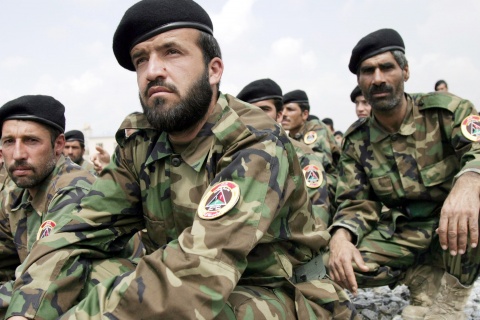 The father of the first Afghan baby, delivered by the Bulgarian doctors in the Kandahar base, is an officer from the local Afghan National Army. Photo by EPA/BGNES

Bulgaria's team from the Military Medical Academy, which is working in a local military hospital of the Afghan National Army (ANA) in the Kandahar base, has delivered its first Afghan baby since its arrival.

The baby boy weighs 2.750 kg and is 48 cm in height, the Bulgarian Military Medical Academy announced. The father is an officer of the local army.

The Bulgarian doctors from the Military Medical Academy, led by Captain Dr. Dimitar Cholakov, left for Kandahar in December 2010.

This is the first team sent by the Bulgarian Military Medical Academy to a local hospital in the Kandahar base, which will train Afghan military doctors and will treat mostly Afghan officers and members of their families.

At present, the Bulgarian contingents in Afghanistan, numbering 600 troops, are based in three locations - Kabul, Kandahar and Herat.