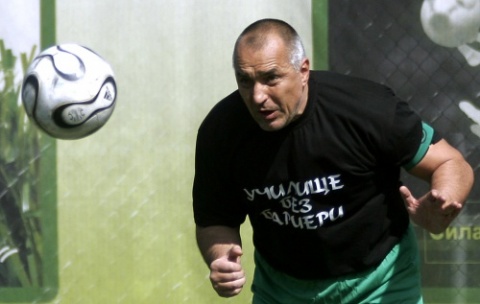 Bulgaria's PM Boyko Borisov has suffered slightly during a game of football and had to be taken care of at the Lozenetz University Hospital.

Borisov was injured at the forehead, where he got a slight wound. The medics had to treat the wound by placing four stitches.

The Bulgarian PM did not stay in the hospital after getting treatment.

Bulgaria's PM Boyko Borisov is an avid player of various sports, among which karate, tennis and football.