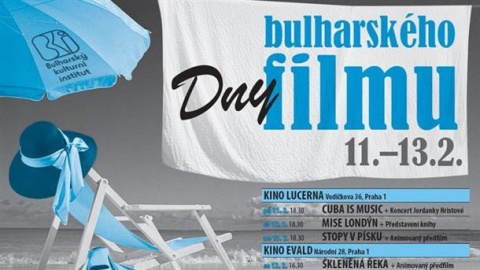 The Days of Bulgarian Cinema in Prague are organized by the Bulgarian Culture Institute in the Czech capital. Photo by BNR

The Days of Bulgarian Cinema open Friday in the Czech capital Prague with a documentary titled "Cuba Is Music," and a concert of pop singer Yordanka Hristova.

The information is reported by the Bulgarian National Radio, BNR.

Until February 13, Czech audiences will see the movies "Footprints in the Sand," starring actor, Ivan Barnev, who is popular in the Czech Republic, "The Glass River," and others.

On Saturday, after the showing of Bulgarian box office record breaker "Mission London," there will a premiere of the Czech edition of the book with the same title.

The fest is organized by the Bulgarian Culture Institute in Prague and it is held under the patronage of the Czech Culture Ministry. The showings will take place in some of the oldest and most popular Prague movie theaters.

Yordanka Hristova says she has selected 15 Bulgarian and Cuban pop songs and will sing in four languages – Bulgarian, English, French and Spanish.