Bulgaria in for Cooler Weather after Record-Highs 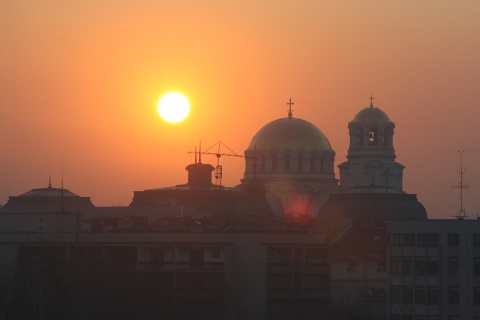 Highs will still be around 15°C in the southern parts of the country and 9-10°C in the capital Sofia, but in the early mornings temperatures will fall below zero. Photo by Sofia Photo Agency

The remainder of the week will again be warmer than the usual for February in Bulgaria, but temperatures will fall a couple of degrees, forecasts say.

The mercury zoomed up to a whopping 22.2°C in the northwestern town of Vratsa, breaking the previous record of 21.3°C, which was recorded in 1995.

On Wednesday, the wind will change its direction, bringing colder weather to the country. Temperatures will drop by several degrees, but no rains are expected.

Highs will still be around 15°C in the southern parts of the country and 9-10°C in the capital Sofia, but in the early mornings temperatures will fall below zero.

Cloudiness will increase, especially at higher altitudes. Winds will also increase but no significant snowfalls are expected.

A second warm wave will flow across the country as of the middle of the month, but temperatures will rise gradually, heralding a week of warm and sunny weather without rainfalls.

Temperatures will not be freezing cold even during the night, while in most parts of the country they will climb up to 13°C at noon.

The traditionally cold winter weather will flex muscles again and show its full potential after February 22-23.