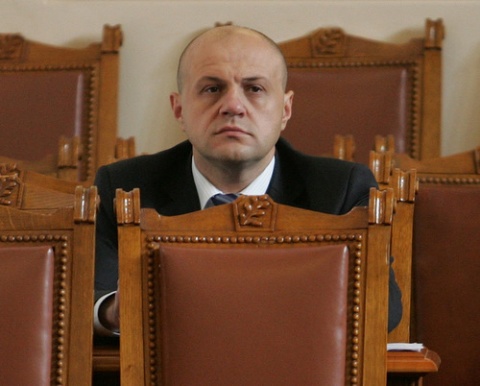 Bulgarian Minister in charge of EU funds absorption Tomislav Donchev has invited firms from Northern Ireland to do business in Bulgaria.

During the briefing Donchev urged them to seize business opportunities resulting from investment by the Bulgarian government in infrastructure and its business base.

The event was attended by representatives from the Construction Employers Federation as well as the engineering business, Doran Consulting, Hobart and Heron, the architects and Project Design Engineers, who specialise in project management as well as TAL, the construction and civil engineering firm.

4NI points out that Donchev was in Northern Ireland to promote relationships between business locally and in Bulgaria in areas such as the management of EU funding projects to promote economic growth.

"We hosted the visit by the Minister as part of our work to encourage companies here, particularly in construction and professional services, to explore opportunities in eastern European markets, including Bulgaria, which are developing from extensive EU funded investment to promote economic growth. Bulgaria is benefiting from EU-backed spending of GBP 9 B to bring its infrastructure, ICT, renewable energies, and transport up to European standards. Our companies have tremendous knowledge in these sectors and should be well-placed to develop worthwhile business partnerships with companies and authorities in Bulgaria," Dr Vicky Kell, Invest NI Trade Director, is quoted as saying.

She has pointed out that Northern Ireland companies have considerable knowledge of and experience in delivering EU funded projects across a very broad range of areas including construction and key services such as administrative reform and financial procedures.

In October 2011, Invest NI, Northern Ireland's regional economic development agency, has scheduled a week-long mission to Bulgaria and Romania, both recent EU members as well as - in May - a mission to Poland and the Czech Republic and, in June, to Slovenia and Hungary.

"These missions are open to all companies in manufacturing and internationally traded services such as professional consultancies," she concluded, underlining that Northern Ireland trade with Bulgaria is increasing and a trade mission from Northern Ireland visited Sofia in November 2010, the third such mission in the last three years.