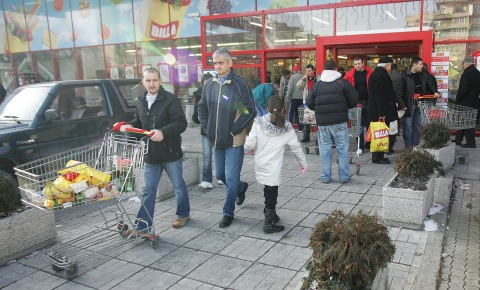 Six Bulgarian and international retailers, operating on the territory of the country, have been caught in cartel agreement. Photo by BGNES

Bulgaria's Commission for Competition Protection has discovered cartel agreements between six Bulgarian and international retailers, operating on the country's territory.

Metro Cash and Carry Bulgaria, Billa Bulgaria, Kaufland Bulgaria, HIT Hypermarket, Maxima Bulgaria (T Market) and Piccadilly have been caught in an unregulated coordination of their trade and marketing policies.

All of the chains have applied common mechanisms for coordinating their trade policy on the goods supply market with their marketing policy in promotions.

The retailers have indirectly exchanged information on supply prices, negotiated with the same suppliers, and on the marketing strategies of the competition.

They have coordinated their actions by applying vertical agreements for defining the levels of supply prices and discounts, and the amount of fees for access to commercial areas.

The decision of the Commission for Competition Protection could be objected within 60 days.

The six retailers were also investigated in 2009 on suspicions of cartel agreements. In September 2009, HIT Hypermarket was fined twice for concealing information.

Bulgaria's Agriculture Minister Miroslav Naydenov has stated that there were discussions on different mechanisms for influencing big retailers, who increase prices and pressure the market.