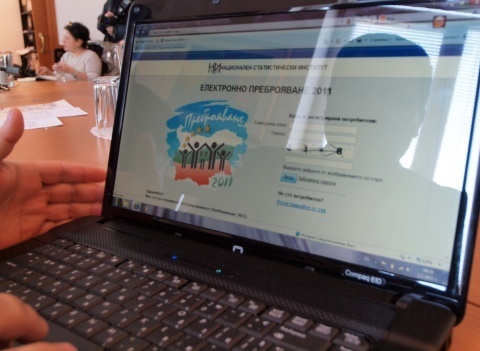 The first online Census in Bulgaria will continue until February 9, 2011. Photo by BGNES

Bulgaria's Holy Synod appeals to all Christian Orthodox to answer two of the non-mandatory questions from the ongoing Census in order to declare their adherence to the Orthodox Church.

In a statement sent to the media on Tuesday, the Holy Synod asks Bulgarians to answer question 12 - Are You Religious with Yes and question 13 – What is Your Religion with Eastern Orthodox, saying even though not mandatory, these questions are of prime importance for the "national, religious and cultural identity of the Bulgarian nation."

This is the first direct intervention of an official institution in the Census. Political parties based on ethnic and religious principles and nationalists have restrained from such advice.

Currently, Bulgaria is conducting the online Census. It would end at midnight on Wednesday, while on the next day (February 9) counters will start visiting people's homes.

According to data of the National Statistics Institute (NSI), 2 million Bulgarians have taken part in the online Census so far.