Bulgaria's Sofia to Try Getting Rid of Stray Dogs by 2014 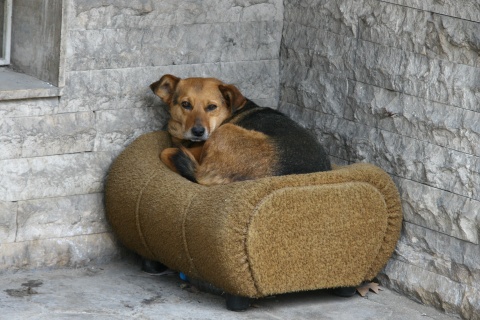 Stray dogs are one of the biggest problems of the Sofia Municipality. Photo by BGNES

The problem with stray dogs in the Bulgarian capital will be solved completely by 2014, Petar Petrov, Director of Sofia's Operational Program "Ecobalance" has promised.

"By 2014, we have to finish building the dog shelters and their population will be under control," Petrov said Tuesday in an interview for the Bulgarian private TV channel bTV.

He has explained that the Ecobalance is alarmed about 30-35 stray dogs every day, with 3-4 of them being aggressive.

Petrov has explained the increase of their number with the inability to castrate about 15% of what used to be pet dogs, which were thrown to the streets by their owners.

In his words, Ecobalance cannot establish the owners who throw their dogs on the streets, so they cannot fine them. There are also no fines for city mayors, although the law envisions fines for every stray dog.

According to the Ecobalance director, the problem is the lack of strict control and gaps in the program.

He added that Studentski Grad (i.e. "Student's Town") is one of the Sofia districts that has the largest number of stray dogs.

In Petrov's words, in order to avoid aggressive stray dogs, people are forced to run, use taxis or their personal automobiles.