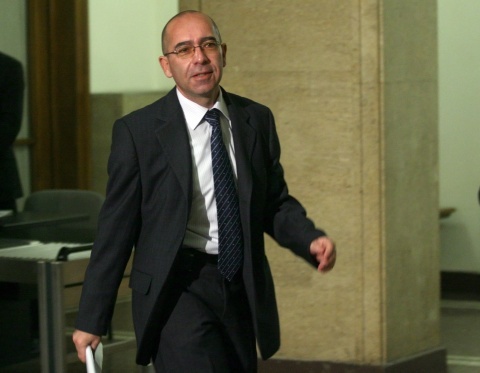 Bulgaria's Health Minister Stefan Konstantinov has urged patients to submit reports about corrupted doctors, but to make it officially and not anonymously. Photo by BGNES

Some Bulgarian doctors make thousands of leva per day and this is why they are protesting against the introduction of price cap for selection of medical team, according to Health Minister Stefan Konstantinov.

In an interview for the Bulgarian private TV channel bTV on Monday, Konstantinov explained that if price cap is introduced, doctors would not be able to earn extra money through patients, and this is their reason for protesting.

The minister urged patients to report to the health ministry if doctors want unregulated money from them.

"If doctors force patients to make donations to hospitals, they should submit a report, but it should not be anonymous," Konstantinov said.

In his words, checks and sanctions could be started only after a specific complaint is received.

"We will change the legislation if we have to, but anonymous signals about someone somewhere who asked for something do not have any value," the minister said.

Konstantinov has also stated that the Medical Labor Expert Commission will only review cases of people who are of working age.

"The commission is full with patients who appear because it will bring them an additional sum of about BGN 20. In this way, the system is slowed down by retired people who are hoping to receive some additional money, while people, who are of working age, have to wait," he said.

In the interview, Bulgaria's health minister also commented on the emergency telephone number 112, which operates under the interior ministry.

He said that people, who are hired as phone operators, should have special medical knowledge, in order to be able to select emergency cases.

Konstantinov confirmed that the money for health care in 2011 is more than last year. He also added that the Bulgarian health system is not depending solely on the National Health Insurance Fund or the Finance Ministry.

"I do not feel like a hostage to the National Health Insurance Fund or the Finance Ministry. I try to change what I do not like," he said.