Bulgarian Minister: Board of Trustees Could Save Science Academy 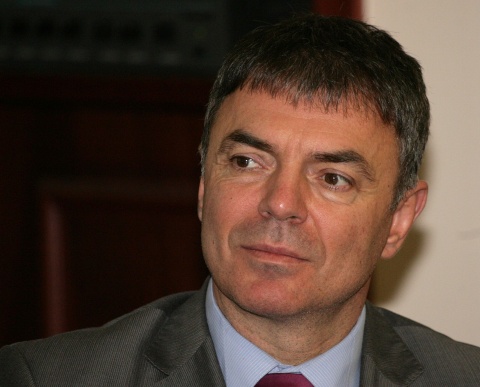 According to Bulgaria's Education Minister Sergey Ignatov, forming a Board of Trustees could save the Academy of Sciences. Photo by BGNES

Bulgaria's Education Minister Sergey Ignatov has stated that forming a Board of Trustees could be an option for saving the Bulgarian Academy of Sciences (BAS).

Ignatov's suggestion was presented Saturday in an interview for the Bulgarian private TV channel bTV.

He said that the Board of Trustees would include at least two ministers whose work is directly related to BAS, former presidents of the academy, businessmen, and experts. However, the way for selecting the board members is yet to be clarified.

Ignatov pointed out that such a body could control how the academy's money are spent and to determine which projects to fund and at what extend.

"If there is a Board of Trustees and the academy runs out of money, the scientists could go to the chair of the board and say that they need money for this and that, and the board will have to find the money," Ignatov said.

The minister has explained that he did not feel censured by Prime Minister Boyko Borisov for the withdrawal of the project for amendments to the Academy of Sciences Act.

In Ignatov's words, the sharp reaction towards the cabinet's proposals was due to the inability of many scientists "to enter fast the new realities".

He has explained that the crisis in the academy is part of the general identity crisis of the Bulgarian intelligentsia. According to the minister, part of the intelligentsia has not yet realized that Bulgaria needs a new type of knowledge, in order to keep up with other countries.