Bulgaria Back in Emissions Trade Game as It Regains Kyoto Accreditation 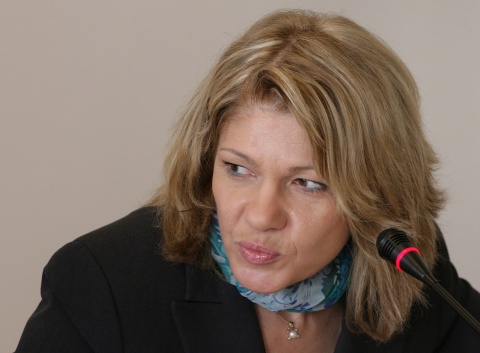 Bulgaria has achieved the much desired restoration of its accreditation for the international trade with greenhouse gas quotas by the UN Committee for Compliance with the Kyoto Protocol.

Bulgaria's Environment Ministry announced Saturday the permit to trade with Bulgaria's carbon quotas – which is expected to bring in fresh revenues for the state budget – was restored during the 12th meeting of the Kyoto Protocol Compliance Committee in Bonn, Germany, on February 3-4.

The Ministry points out the UN Committee decided in favor of Bulgaria's plea to get its carbon quota permit back in good standing, which will allow the country to participate in the European trade with quotas under the mechanisms of the Kyoto Protocol.

Bulgaria's right to participate in the international carbon quota trade was revoke on June 29, 2010. The decision wass based on a UN report from 2009 under the Framework Convention on Climate Change which had exposed "devastating" flaws, in the words of Bulgarian Environment Minister Nona Karadzhova, of Bulgaria's National System for Evaluation of the Greenhouse Gas Emissions.

The initial report was drafted in April 2009, whereas its findings were confirmed in a subsequent inspection in Bulgaria by the Compliance Committee in September 2009, which also registered the fact that the recommendations made in the report were not followed up by the Bulgarian authorities.

The news about the UN banning Bulgaria from trading in carbon quotas was first broken to the public by current Environment Minister Nona Karadzhova after the preliminary decision on May 12, 2010. She blamed the problems on the inactivity on part of her predecessor, Dzhevdet Chakarov.

Bulgaria's government of the GERB party had been aware of the possibility that the country's accreditation for carbon trading might be revoked when it first received the "devastating" report in September 2009. It has notified the major businesses but the Environment Ministry decided not to make it public until the spring of the following year hoping to be able to fix the issues in the meantime, admitted Minister Karadzhova.

Back in May-June 2010 the announcement of the Environment Ministry that Bulgarian will not be able to benefit from carbon trade came shortly after the European Commission approved the long-delayed and troubled carbon dioxide plan of the country, paving the way for 132 Bulgarian industrial plants to raise cash by selling their quotas.

Because of the revoking of the UN permit for the past seven months, the Bulgarian government was also be unable to trade with its own quotas. The state has about 200 million tonnes of carbon emissions, and it was hoping to sell BGN 40 million of those by the end of 2010 to raise badly needed cash that it planned to put into green and energy efficiency investments. In the spring of 2010, the sale of carbon quotas was envisaged in a plan of the Bulgarian government to reduce the budget deficit by raising additional revenue. The carbon trade was supposed to bring more than BGN 200 M in revenues.

On Saturday, in its statement regarding the restoration of Bulgaria's accreditation under the Kyoto Protocol, the Bulgarian Environment Ministry pointed out that the state and the 132 companies in question will finally manage to get into the international carbon quota trade.

The Ministry said it managed to carry a number of crucial measures to fix of Bulgaria's National System for Evaluation of the Greenhouse Gas Emissions working together with experts from the ministries of agriculture, economy and energy, transport, interior, foreign affairs, and other state institutions.