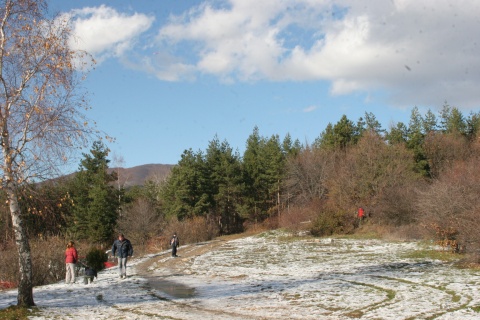 Weather in Bulgaria will be warmer durign the weekend and in the first half of next week. Photo by BGNES

Temperatures in Bulgaria will significantly increase during the weekend and will remain relatively high for the season in the first half of next week.

On Saturday, temperatures during the day will be around 5-10C, while in the southern regions of the country, they will reach 11-12C.

The minimum temperatures will also increase. A weak and moderate wind will be felt in the northern part of Bulgaria.

Weather on Sunday and at the beginning of next week will be relatively warm for the season, with temperatures between 9C and 14C, and up to 15-17C at places.

The minimum temperatures will increase to -2C and might reach 3C in some regions.

In the mountains, at 1200 meters altitude, temperatures will be around 6-8C.

On Wednesday, the wind will change its direction and will bring colder weather to the country. Temperatures will drop by several degrees. No rains are expected.

The second half of the week will come with temperatures below zero. Cloudiness will increase, especially at higher altitudes. Winds will also increase but no significant snowfalls are expected.

On Friday, the Bulgarian coast of Black Sea was frozen. Temperature of the water was 4C. Because of its high salinity, Black Sea freezes only at very low temperatures.