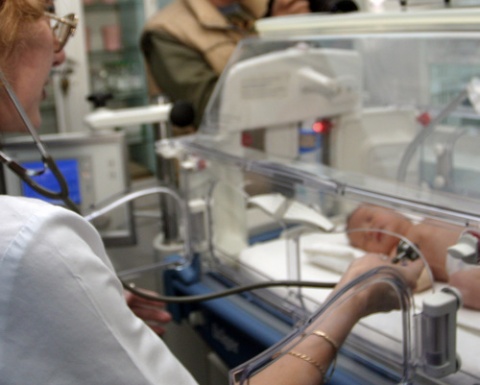 Bulgaria's national health care map, which has been in the pipeline since 2006, has been drawn up, but will not turn into the much anticipated launching pad for reforms in the sector, the government announced.

"The National Health Care Map, which makes much more clear the number and location of the hospitals Bulgarians need, is ready. For the time being however it can only be used as a useful source of information for legislation prevents us from closing hospitals," Health Minister Stefan Konstantinov said.

The document maps out 308 hospitals with more than 44,000 beds, which, quite surprisingly, means that no significant reductions in the number of hospital beds should be made.

"For the patients the situation will be neither better, nor worse in comparison with last year. Things may go even more smoothly if there is no delay in the payments due by the National Health Insurance Fund to the hospitals and drug stores," forecast Konstantinov, the third minister at the helm of the health department, since the current government took office in the summer of 2009.

The statement confirmed forecasts that in 2011 the government will steer clear of radical decisions, which might hurt its popularity prior the elections, and delay the closure or privatization of hospitals and their assets.

After a year in which hospitals across the country suspended planned operations and reduced admission of emergency cases, switched into a war-time regime and even tapped into the reserves, meant to be used in case of natural disasters, the health care sector faces huge problems - understaffing, supply shortages, braindrain, bribes to doctors and nurses to ensure better treatment, high debts and chronic lack of money.

In recession-battered Bulgaria, the government spends just 4.2% of its GDP on health. All employed and self-employed Bulgarians are obliged to make monthly health insurance contributions of 8% of their income to the Health Insurance Fund, which is the only player on the market and has been plagued by corruption and funds siphoning. Besides the health insurance contributions that the state pays for the people under its wing are meager.

In 2010 hundreds of cancer and HIV-positive patients faced a shortage of life-saving medicines because of a delay in tenders for their purchase. This year the health ministry will not conduct these tenders and the payment for the expensive medicines will be transferred to the health insurance fund or the hospitals.

People, who wish to be treated by a doctor of their choice at medical facilities, will have to pay between BGN 250 and BGN 700 while to select a team they will need between BGN 350 and 950.