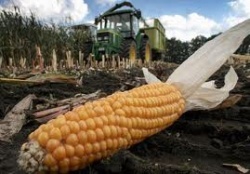 Bulgaria has banned the growing of the genetically modified MON 810 maize, thus joining 6 other EU nations.

MON 810 is a variety of genetically modified maize (corn) developed by Monsanto Company and marketed with the trade name YieldGard. It contains a gene from the bacterium Bacillus thuringiensis that expresses a toxin (Bt toxin) poisonous to some pest insects.

The ban is due to insects potentially developing resistance to the Bt toxin, as well as due to the possibility that the toxin may be damaging for the soil.

Even though MON 810 was initially approved for use in the European Union in 1998, six countries - Austria, Hungary, Greece, France, Luxembourg, and most recently Germany, have already banned it.