It's a Girl for Bulgarian Olympic Champion Tereza Marinova 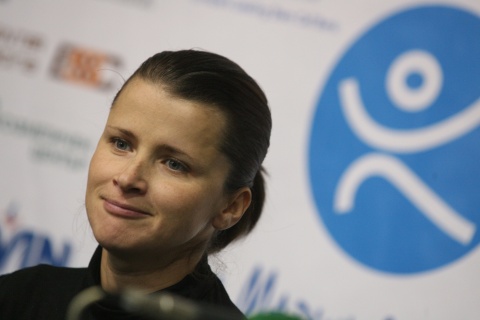 Bulgaria's Olympic champion Tereza Marinova has given birth to a baby girl in the Sofia Sheinovo hospital.

The Bulgarian daily "Dnevnik" reported that the birth went without complications. The baby girl's name is Darina. She weighs 3,450 kg and has a height of 50 cm.

This is the first child of Marinova and her boyfriend Teodor Kolev.

The Bulgarian triple jump athlete put an end to her sports career in 2008. She pointed the constant leg injuries as a major reason for her decision.

Marinova's best achievement was at the 2000 Summer Olympic Games in Sydney where she won the gold medal with a personal best jump of 15.20 meters.