Half of Bulgaria's First Graders Have Other Mother Tongue 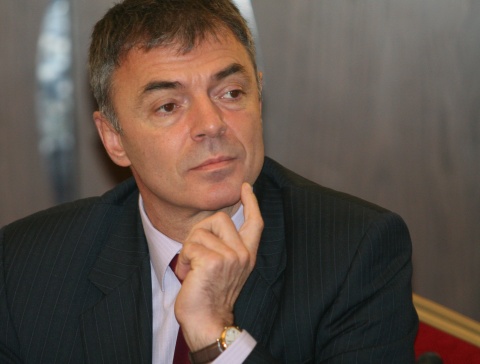 As many as 48% of the Bulgarian first graders do not have Bulgarian as their mother tongue, the country's Educational Minister, Sergey Ignatov claimed on Monday.

The percentage will increase the next year, Ignatov added. He was speaking at a conference dedicated to the protection of the cultural and historical heritage.

"Some may say this is a worrying trend, but this is not exactly true. Even though these pupils do not have Bulgarian as their mother tongue, they are all Bulgarian citizens. That is why the cultural and historical heritage is so important as a tool for developing the Bulgarian and the European identity of our citizens," the Educational Minister stated.

"Bulgaria is a EU member state, and that is why extraordinary efforts must be put into preserving the national identity of those who live here as Bulgarian citizens," according to Ignatov.

The Minister of Education pointed out that Bulgaria should use its multi-ethnic and multicultural environment to contribute to Europe's overall cultural development.

In a much disputed prediction, the Center for Demographic Policy in Sofia stated in November that by 2050, ethnic Bulgarians would have become a minority in their own country declining to just 800 000 in 2050. while there will be 3.5 million Roma and 1.2 million ethnic Turks in the country.