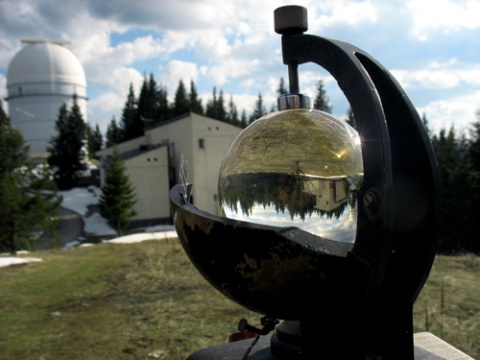 File photo of the National Astronomy Observatory on Rozhen, the Rhodope mountans.

A new object in the Andomeda galaxy has been discovered by Bulgarian scientists working at the National Astronomy Observatory.

The discovery was announced on Monday by the Observatory, which is located in the Rhodope mountains. The newly discovered object is in the central part of the Galaxy and may turn out to be a variable star similar to the Mira star.

Mira is a binary star in the constellation Cetus, consisting of the red giant Mira A along with Mira B. Mira A is also an oscillating variable star and was probably the first non-supernova variable star discovered.

The object, discovered by the Bulgarian astronomers using a Schmidt telescope, needs additional observations in order to be classified properly.