Bulgaria Govt Keen to Push Ahead with Key Privatization Deals 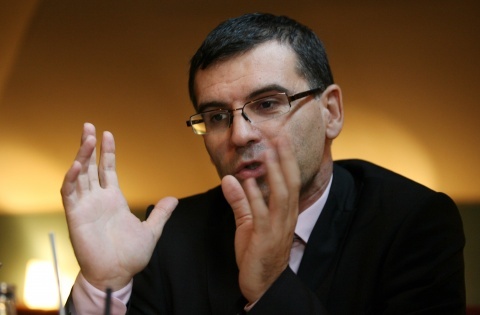 Bulgaria's government is determined to go ahead with the planned sale of the country's tobacco company, the biggest military plant and the minority stakes in electricity distributors, the finance minister has pledged.

"These companies are on the agenda of the Privatization Agency for 2011, " Simeon Djankov said, but refused to specify whether the stakes will be sold on the Stock Exchange or in a tender.

Bulgaria's government is most heavily criticized for its failure to rake in revenues into the budget by privatization, shows a survey, conducted among analysts, employers and trade unionists.

According to the experts the failed privatizations prove that the plan of the government was chaotic and controversial, says the poll, conducted by the Institute for Market Economy.

The privatization tender, through which Bulgaria sought to boost public revenues by some BGN 80 M, managed to sell state stakes in only eight companies on Sofia stock exchange at the end of last year.

This was the first attempt at privatization for the center-right government of Boyko Borisov since the beginning of its term last summer.

The state also failed to attract buyers for some of the other companies considered to be among the most attractive, including Trade Tranzit Zone -Varna and a 49% stake in Duty Free Zone-Plovdiv.

In 2011 Bulgaria's government should finally make its mind about how to restructure the energy holding, which groups the country's top energy assets.

Reports say the holding will come to include only the thermal and nuclear power plants, together with the National Electricity Company NEK, after which a minority stake will be listed on the stock exchange.