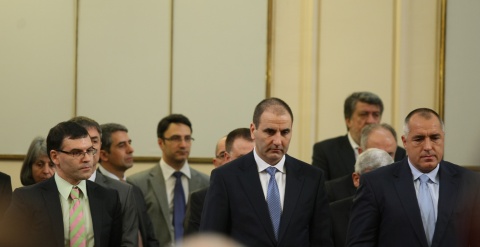 14 Bulgarian border police officers working at the Danube Bridge to Romania have been detained, announced Minister of Interior Tsvetan Tsvetanov.

There is evidence that the 14 officers working at the checkpoint nearby the city of Ruse have been "racketeering" travelers, said Tsvetanov.

Ten of the officers have been put under arrest, while four more have been given a BGN 2000 bail per person.

The officers are presently being questioned.