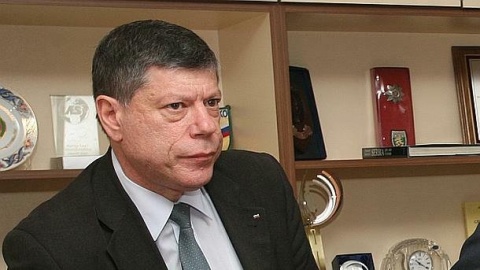 The former Deputy Director of the Bulgarian Customs Agency, Antoniy Strandzhev, says he resigned to reduce pressure and tensions at the Agency. Photo by BGNES

There is a strong increase of cigarette and other excise goods contraband in Bulgaria, the former Deputy Director of the Customs Agency, Antoniy Strandzhev, warns.

Strandzhev spoke Sunday in an interview for the Bulgarian National Radio, BNR, saying the State has been deprived of significant cash amounts, but below the sum of BGN 2-3 B, as the former special agent of the State Agency for National Security, DANS, Aleksei Petrov, claims.

Strandzhev explained he had resigned from the Customs Agency to alleviate tensions and the pressure on its leadership.

The former Customs official confirmed, once again, the recording of his conversation with his then boss, Vanyo Tanov, is authentic, and that he stood firm behind everything he said during this phone call.

Strandzhev explained both Tanov and himself knew they have been spied on, but were not at all nervous since they felt they had nothing to hide.

"I am certain Interior Minister, Tsvetan Tsvetanov, has told Prime Minister, Boyko Borisov, about the taping and the conversation," he stated.

According to the former Customs officer, regardless of the taped phone calls, the probe against businessman, Mihail Mihov, had been led to the end, and there are documents about it, kept at the Customs Agency.

"Everyone has the right to issue orders, but there are laws in this country, and I, as a State servant, held the post not to listen to phone directives, but to fulfill my obligations, according to the law. The documents have been filed accordingly, and are kept at the Customs Agency," Strandzhev concluded.