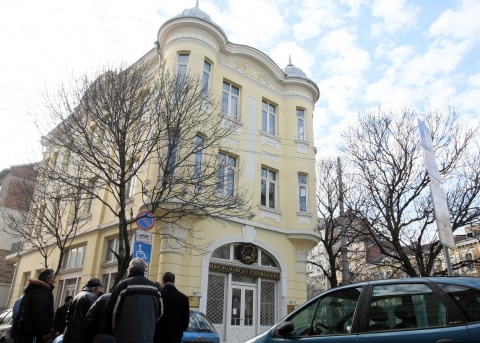 A group of imams (left) gathered before the Chief Mufti's Office in Sofia to guard the building against the acting Chief Mufti Nedim Gendzhev; meanwhile, the police continue to cordon off the building even though they were supposed to do that only until J

Some 20 imams from around Bulgaria have gathered around the building of the Chief Mufti's Office in Sofia to prevent the current Chief Mufti Nedim Gendzhev from entering the building.

The measure of the imams is part of the wide-ranging dispute that has been going on since the spring of 2010 many Bulgarian Muslims have protested against a court ruling to restore to the position of Chief Mufti Nedim Gendzhev, a man who held the office in the past but whom the protesters accuse of various violations such as embezzlement.

As part of the dispute, the building of the Chief Mufti's Office in Sofia has been sealed off until February 12, 2011, when there will be a National Conference of the Bulgarians Muslims for the election of legitimate Muslim clerics.

The group of imams gathered around the Chief Mufti's Office building since on Saturday the term during which the building was supposed to be guarded by the police technically expired, and the imams were afraid Gendzhev might take advantage of the situation to enter the building.

As it turned out, however, the police are still on the spot cordoning off the building, now jointed by the imams.