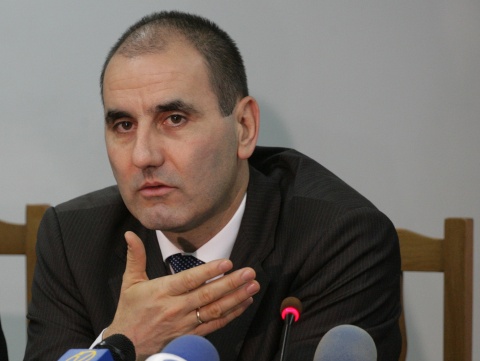 Bulgaria will answer in short time when it is asked by Brussels to explain the tapped discrediting conversation that were the published in the media, Bulgaria's Interior Minister Tsvetan Tsvetanov said.

"We have not received yet an official letter from Brussels requesting clarification of the publications in the media regarding tapped phone conversations of the Customs Agency head, Vanyo Tanov," Tsvetanov said, adding that an answer would be sent in very short time.

On Friday, the spokesperson of the European Commission, Mark Gray, announced that the tape scandal is an internal matter within the authority of Bulgaria's Prosecutor's Office which must establish if the recordings were made legally or not; if there has been a judge warrant to make them, and then decide if this is a criminal case that must be moved forward.

"In Bulgaria, all recordings made with special surveillance devices were used with a judge warrant," Tsvetanov said.

He pointed out that it was important to clarify whether the recordings which are published in the Bulgarian media are regulated or if they come from private institutions.

"We are now talking about hypotheses on recordings which are published in the media but no one knows their source. I do not want to comment on something that no one knows what exactly it is. Pre-trial proceedings have been started by the Prosecutor's Office and when the check is complete, we will announce all the data," Tsvetanov said.

He added that in his opinion, the scandal aims at preventing the government's efforts in the fight against organized crime.

"All that we see aims at breaking the momentum of the government in the fight against organized crime and at preventing the implementation of the government's policies int his field. I can assure you that everything that is happening will not affect the momentum for reforms and we will continue to do our job," Tsvetanov said.

The latest tape scandal erupted after Galeria weekly, a paper believed to be the mouthpiece of Alexei Petrov, former special agent of the State National Security Agency DANS, (currently under house arrest), who has been investigated on organized crime charges since his detention in the much advertised "Operation Octopus" in February 2010, released tapes of conversations between Prime Minister, Boyko Borisov, and the Director of the Customs Agency, Vanyo Tanov.

The tapes reveal that Borisov had called Tanov with an order to immediately pull the tax agents out of the factory and that the „Ledenika" boss personally complained to the PM.

In another tape, Tanov can be heard telling his Deputy, Antoniy Strandzhev, to keep the documents secure while he is away.