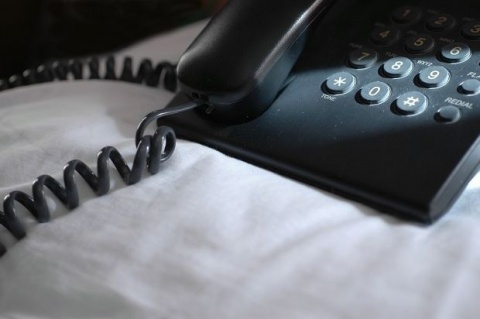 Taped discrediting phone conversations between key figures in Bulgaria have stirred a huge scandal in the country in the last 10 days. Photo by www.sxc.hu

The former Deputy Director of Bulgaria's Customs Agency, Antoniy Strandzhev, has confirmed for Darik radio his taped conversation with his ex boss, Vanyo Tanov, is authentic.

The recording was released earlier Friday by Galeria, a paper believed to be the mouthpiece of Aleksei Petrov, former special agent of the State National Security Agency DANS, (currently under house arrest), who has been investigated on organized crime charges since his detention in the much advertised "Operation Octopus" in February 2010.

Strandzhev stated he clearly remembered having such conversation with Tanov, adding he stood firm behind everything he had said and done until now.

Below is the transcript of the Tanov – Strandzhev conversation

VT: Toni, the Prime Minister called me. This Misho had called him.

VT: He told me "What did I tell you. I am not Parvanov. When I make a commitment to someone... So, pull the people out. Call Misho tomorrow and reach an agreement with him. I say: "What agreement? He agreed with the Minister. I leave for Macedonia tomorrow, I say. Everything they did as reports, he says, should not be filed until you return and then we will talk. Call the Minister since I have said so." I will call him, I say, but what if he does not pick up...

AS: So, I have spoken to Volodiya, and he sent the person from follow-up control, who lives in Vratsa. Vratsa and Mezdra are close by, you know. He will go on location. This is the person who sealed it at 6 am yesterday.

AS: I am expecting a return call, to tell me what the real situation is. I still have not received it. I will call Volodiya now to ask him if we already know what is going on.

VT: OK. And whatever they bring, keep it secure in your office. When I return on Wednesday...

VT: We will meet Thursday with the Minister and the PM to tell us what to do. Because one says one thing and the other says another one.

VT: I suppose he will elaborate because he said: "What did I tell you? I have made a commitment. I am not like the PM, pardon the President, to back out."

VT: Simply to take us there, because nothing else would be possible to do from now on and Misho will tell him: "They are doing it on purpose." When he came before, he told me at the elevator: "I have been fine with everyone in power; I have paid well and am now surprised why this is happening to me..."

AS: Well, he could have only paid the ones before.

VT: Well, but the result would not be good.

VT: Keep the materials. We will discuss; we will voice opinions.

AS: OK. Got it. I told Volodiya and will tell him again,

VT: Volodiya should take these things with him. We can always release them.

VT: It would be best for me to ask when I return for the Minister and I to go to Boyko and to agree on this.

AS: For nothing. I sit here, anyway, waiting for call. When I learn something I will call you to let you know. Later or tomorrow. So, no problem.

(Part of the conversation is missing here.)

VT: He will pressure us. And then I will have to violate the law, in order to come out of this situation. So, I say now: "Let the court rule. It is over here with this old case."

AS: Of course. And Volodiya, he says: "If they are doing this thing, this is very stupid. Because we reached an agreement with them." He told me the same thing you are telling me. He says: "At the end of the shift our man seals, and then they asked me to allow them on Tuesday to work the night shift, so that they can finish, and I would have let them. For this coming Tuesday. So, I have no idea why they are doing what they are doing.

VT: I do not have this Misho's phone.

AS: Neither do I. But who is this looser whom we must now call?

VT: This is what I wanted to tell him. If they gave him the green light until Tuesday... What does he do at night at the brewery?

AS: Fine, I will find his phone number.

VT: He told me for me to call him, but how do I dare to tell him I do not have the number and never had it...

AS: Yes. I will see if Volodiya has some phone number.

AS: I will check and call you.