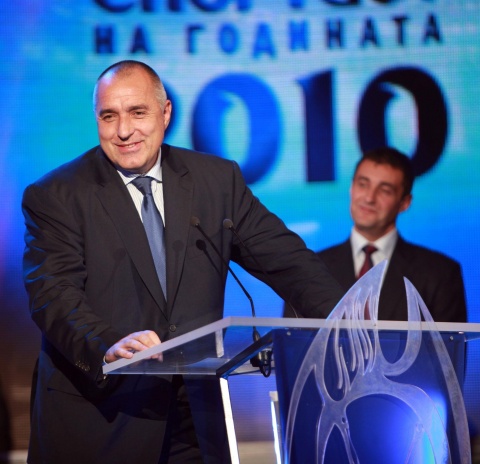 Bulgaria's PM Boyko Borisov has made 108 promises to the society. Photo by BGNES

The Prime Minister Boyko Borisov ranks first among Bulgarian politicians in number of promises, made to the society, according to the Bulgarian website politikat.net.

The website, which is maintained by a "Civic Initiative for Reducting Political Hypocrisy" with the help of the Trust for Civil Society in Central and Eastern Europe, monitors and counts the number of promises by Bulgarian politicians and public figures to the society and then follows their implementation and forms a so-called "hypocrisy index".

According to the website, the ministers with the biggest number of realized promises from the current GERB cabinet are the Minister for Regional Development, Rosen Plevneliev, and the Eco Minister, Nona Karadzhova.

Bulgaria's PM Boyko Borisov is the most active generator of promises. However, their range is decreasing more and more. In December 2010, they were mostly regarding the infrastructure sector.

The promised percentage for the absorption of EU funds is also decreasing – from 98% in September 2010 to 40% in December 2010.

The data from the website shows that the number of promises that Borisov has made is 108.

"People often tell us that some statements were not a promise and that he was just talking. You are "just talking" to your wife and kids when you are home. There is no "just talking" of a politician in front of cameras and microphones. If Borisov says something just like that, because of the upcoming elections, then this is hypocrisy talk, which aims at putting a shade on a problem," said Asen Genovm one of the founders of politikat.net.