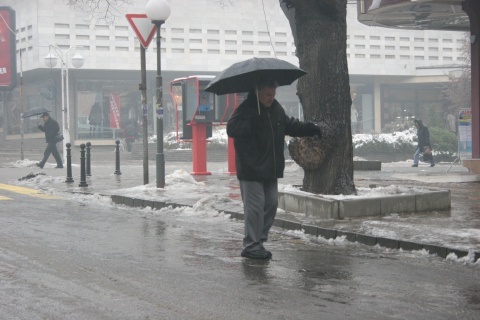 The icy sectors in Northern Bulgaria caused the announcement of code yellow warning for Monday. Photo by BGNES

Northern Bulgaria will be under code yellow Monday over warning of ice, the National Institute for Meteorology and Hydrology at the Bulgarian Academy of Sciences announced.

Code yellow means dangerous natural events, but without a threat to the population.

Forecast meteorological events are not unusual, but people should be careful because the streets are slippery with ice, experts from the institute have warned.