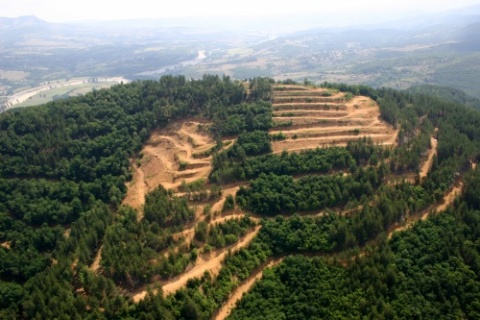 The Toronto-based mining company Dundee Precious Metals has announced that the Bulgarian government has given a green light to its project for gold mining in the town of Krumovgrad located in the very south of Bulgaria.

In a statement, Dundee said that the permitting process for its Krumovgrad gold project in Bulgaria has taken "another step forward."

Following the submission of the Company's new Environmental Impact Assessment Report ("EIA") and Natura 2000 Compatibility Assessment Report ("CAR") for the Krumovgrad gold project proposal to the Bulgarian Ministry of Environment and Waters has delivered a "positive grade" to both the EIA and associated CAR, meaning all information required under the EIA Regulation is complete.

Based on this positive assessment , and in compliance with the requirements under the Bulgarian environmental legislation, Dundee Precious Metals says it will proceed with organized public hearings with the Krumovgrad Municipality and other affected towns or villages as part of its public dissemination of the EIA documentation

The company anticipates that the public hearings will be completed during the first quarter of 2011.

"The new project scope for the Krumovgrad gold deposit involves a significantly reduced operating footprint with one major landowner, one single integrated tailings and mine waste facility, a simplified processing route that does not require the use of cyanide and a longer operating life than previously considered. The changes that have led to this new scope are based on community feedback on the earlier project proposal.For this project the EIA permit and compatibility with the European Union legislative requirement to protect habitats and species are the only major environmental approvals required," Dundee explains in its statement.

According to statements made in 2010 by Dundee officials, the project provides for a USD 100 M investment, which is less than the previous plans for investing USD 120-150 M including a cyanide installation. The Krumovgrad mine is expected to produce about 800 000-1 million tones of gold concentrate per year.

The Company's operating interests include its 100% ownership of Chelopech Mining EAD, its principal asset being the Chelopech mine, a gold, copper, silver concentrates producer located east of Sofia, Bulgaria, a 100% ownership of Namibia Custom Smelters (Pty) Ltd., a concentrate processing facility located in Tsumeb, Namibia, and a 100% interest in Deno Gold Mining Company CJSC, its principal asset being the Kapan mine, a gold, copper, zinc, silver concentrates producer located in southern Armenia.

DPM's interests also include a 100% interest in the Krumovgrad development stage gold property located in south eastern Bulgaria, near the town of Krumovgrad and certain exploration and exploitation properties in Serbia.