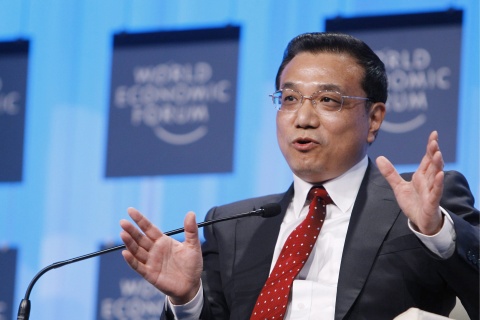 Chinese Deputy PM Li Keqiang has declared his country's readiness to prop Spain up financially ahead of his visit to the Iberian country. Photo by EPA/BGNES

China will continue to buy out Spain's sovereign debt, thus providing crucial financial backing for the Iberian country, which many fear may end up needing a bailout loan not unlike Greece and Ireland.

The intention of the People's Republic to back Spain's economic reforms through financing of its government has been declared in a lengthy article of Chinese Deputy Prime Minister Li Keqiang published Monday in Spain's largest newspaper, El Pais.

Spain has been struggling with an increasing budget deficit in the recent months, spurring Europe-wide concern that it might – potentially with Portugal – join Greece and Ireland as an economy in dire need of bailout to prop up the euro.

Spain's potential running into deeper financial trouble has the potential to cast a serious doubt on the stability and even existence of the common European currency, according to some analysts. The Iberian country has staged emergency budget cuts as well as politically difficult reforms to boost economic growth and reduce the deficit.

China is one of the biggest foreign owners of Spanish sovereign debt, with around 10% of the total. China has recently proven very important for the stability of the euro and the euro zone by financing sovereign debt of Euro Area countries.

"I am about to head a Chinese delegation to Europe in this thick New Year atmosphere. I will start my trip from Spain, a country I admire for its long history and modern development, a country I feel close at heart though it is far away from China. I will use this opportunity to bring to the Spanish people the friendship of the Chinese people and China's sincere desire to increase cooperation with Spain," Chinese Deputy PM says in his El Pais article, in which he also makes clear his country's readiness to prop Spain up financially.