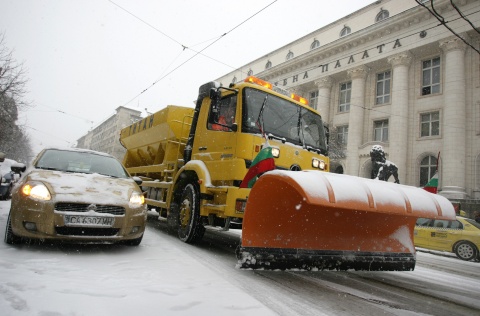 Mixtures against ice are being spilled in Bulgaria's capiatal Sofia. Photo by BGNES

The roads in Bulgaria are clean and dry on Monday.

The visibility in the regions of the Southeastern Bulgarian towns of Ivaylovgrad and Topolovgrad is reduced to just 150 meters due to the fog.

Sofia's Municipality has announced that the companies, responsible for the snow cleaning, have already spilled mixtures against ice on all steep and dangerous areas and bridges in the Bulgarian capital. The public transport is running a bit late.