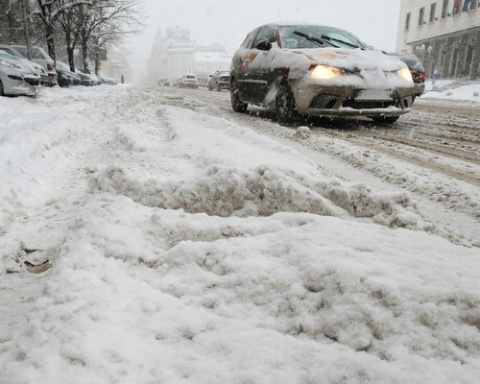 According to the TV-MET weather forecast, temperatures in January 2011 in Bulgaria are expected to be about and below the average for the month. Photo by BGNES

Bulgaria will experience minimum temperatures ranging between -6 to -15 degrees Celsius in the last days of the year, according to a weather forecast by Simeon Matev from TV-MET.

Mornings will be extremely cold and temperatures will not exceed zero degrees during the day, the forecast says.

On January 1, there will be fogs in the lowlands and plains. Temperatures will remain below zero during the day. However, the weather will be sunnier and warmer in the mountains.

New snowfalls are expected on January 6-7, according to Matev. The weather will remain typical for the winter season until January 11, with low temperatures reaching -10/-15 degrees, and -5/0 degrees Celsius during the day.

Rain and snow falls are expected on January 12-14 and in the last days of January. Weather in the period January 20-30 will change dynamically from cold to warmer.

Unlike the Christmas holidays, when many European airports were closed due to the bad weather conditions, the last day of 2010 is expected to be normal for the season. Snow on December 31 is expected in Poland, Belarus, the Baltic countries and Western Russia.

According to another weather forecast by the National Institute for Meteorology and Hydrology to the Bulgarian Academy of Sciences, in January 2011, temperatures will reach -20 degrees Celsius.

The highest temperatures for the month, according to Gergana Kozinarova, will be between 10/15 C.