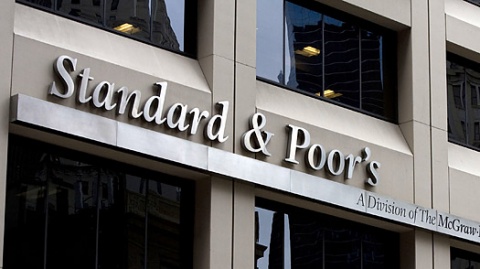 The agency has deemed the long-term credit rating outlook for the country as stable. The transfer and convertibility risk assessment (T&C assessment) rating remains an unchanged 'A'.

"The ratings on the Republic of Bulgaria factor in our favorable view of its fiscal track record, its low gross debt, and its medium-term growth prospects--particularly if they are backed by improving absorption of EU funds and other benefits stemming from EU membership. We see Bulgaria's large external imbalances as the main rating constraint, although the 2009 recession engendered a sharp adjustment of the country's current account deficit," S&P states in its report.

According to the credit agency, after a 5% contraction in Bulgaria's GDP in 2009, a positive growth of 0.5% in 2010 is expected due to the recovery in exports.

"That said, Bulgaria continues to face economic risks. During 2010-2011, weak domestic demand will likely lead to a further decline in the current account deficit, which net equity inflows and EU transfers will cover," S&P clarifies.

Bulgaria's government has in our view appropriately addressed the deterioration in budget gaps and a budget deficit of below 3% of GDP is predicted in 2011, according to the report.