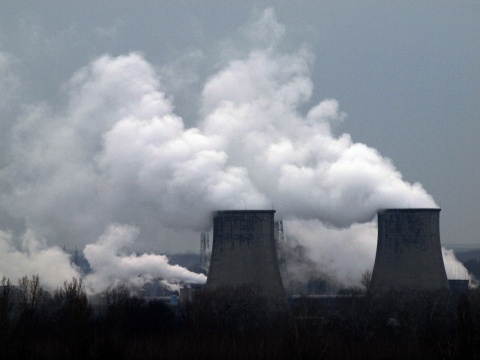 Bulgaria has delayed the completion of a plan on decreasing greenhouse gas emissions. Photo by BGNES

The document, in which Bulgaria will describe the measures for decreasing the greenhouse gas emissions, will be competed by April 2012, the Bulgarian Environment Ministry has announced.

The Norwegian government, which finances the creation of a national action plan for the climate changes (2013-2020), has approved the requested extension for the project.

About ten days earlier, the Bulgarian Environment Ministry stated that the document will be ready by spring 2011. Initially, it was supposed to cover ecological measures for the period 2009-2013, but was delayed because of problems with the project's management.

This would be Bulgaria's third such plan since 2000. Now the idea of the project is to be harmonized with international agreements on climate and the third phase of the EU scheme for gas emissions trade, which also covers the period 2013-2020.

Norway's idea is to share its experience in limiting the gas emissions on municipal level by including different sectors, from transport and industry to farming.

On Wednesday, the Deputy Environment Minister, Evodkiya Maneva, who is managing the Bulgarian part of the project, presented to experts the first version of the plan and the schedule for its completion.

A more intensive work on the document is scheduled to be done in the first half of 2011. Public discussions and inter-agency coordination are scheduled for the second half of 2011.