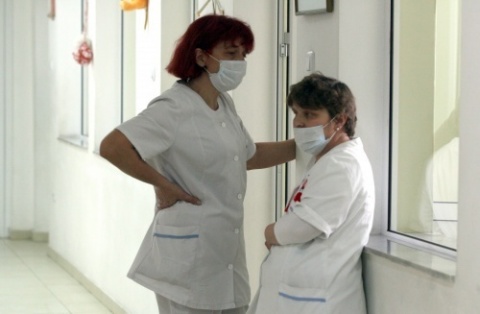 After being voted in the parliament, the new prices for healthcare are supposed to come into force from January 1, 2011. Photo by BGNES

Bulgaria’s Finance Ministry has proposed new prices for healthcare, which are supposed to come into force from January 1, 2011.

The new regulations envision a slight increase of the prices of 185 clinical paths (access to various medical services), a decrease by 20% of the prices for 41 diagnoses, and no change of prices for 52 other diagnoses.

The Finance Ministry decided to perform a medical valuation in order to save money and stop the drain of the National Health Insurance Fund (NHIF) with unnecessary expensive “lobbyist” clinical paths.

For the patients, the changes should mean paying less formally or under the table, as the common practice in Bulgaria is.

The largest increase is envisioned for treatment of newborns, for hematological diseases, for urology and radiotherapy for cancer patients, the ministry has announced.

There will also be a slight increase by BGN 0,3 for prophylactic examinations by GPs. Specialists will also receive more money for examinations.

The biggest decrease of price of clinical paths will be implemented for those, which have been overvaluated and have allowed drain of NHIF. The price for invasive cardiology has also been decreased by 20%, from BGN 3,500 to BGN 2,800.

The Finance Ministry has announced that child heathcare, prevention and dispensary observation of patients will be set as priorities.

The changes are expected to lead to better motivation for doctors, reducing of unnecessary hospitalizations and improving the quality of the services.

The Head of the Bulgarian Doctors Union, Tsvetan Raychinov, had told the Bulgarian daily “Dnevnik” that the union supported the new prices, but with the understanding that doctors are not satisfied and will ultimately receive less than the promised.

He supported his statement with an example of a prevention examination, for which the union demanded that BGN 9 should be paid to GPs, while the announced BGN 8 covered only 60% of the GP’s activities.

The Finance Ministry has not announced the end result from all corrections in the prices for clinical paths. The Bulgarian Doctors Union is also not ready with their calculations, but they believe the increase for most of the diagnoses would be little.

In Raychinov’s words, NHIF will pay BGN 431 for treatment for bronchiolitis in children, which is an increase of only BGN 2. The fund will pay to hospitals BGN 470 for birth, instead of the current BGN 440.

The Bulgarian Association of General Practitioners has announced they were extremely unsatisfied with the new prices for their activities.

Some of their objections include the fact that their ideas for introducing coefficients for work with dispensary patients and evaluation for the qualification of physicians have not been taken into consideration.

According to the GPs, it has once again been underestimated the prophylactics for people over 18 years, on the principle that preventing adults from diseases “is not worth the money.”

The Finance Ministry has announced that the Advisory Board, which worked on the new prices, has reached the decisions unanimously. However, the final decision will be taken by the Council of Ministers.

A month ago, Bulgaria’s Health Minister, Stefan Konstantinov, said that the funding for hospital care in 2011 will not be increased during the new valuation because they have already been defined.

On Thursday, he further developed his ideas for the healthcare reforms by suggesting that the property of hospitals, like yards and buildings, should be sold and the money should be invested in the hospitals.