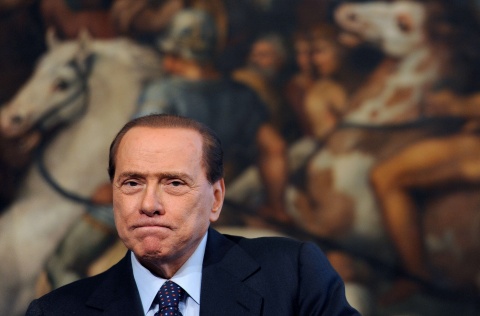 Silvio Berlusconi is under investigation over his alleged use of state funds to fly a Bulgarian film director to the Venice film festival. Photo by BGNES

The Italian prime minister, Silvio Berlusconi, is under investigation following claims that he used as much as ЕUR 400 000 in state funds to fly a Bulgarian actor and director to the Venice film festival, along with their entourage, to receive a fabricated award.

According to media reports in Italy and Bulgaria, the Italian court of auditors has opened a full investigation into the case of Michelle Bonev, described as a "personal friend" of Berlusconi, who picked up an "action for women" award, "dedicated to the 60th anniversary of the European convention for protection of human rights" for her movie Goodbye Mama in September. The investigation will be based on a reportedly recorded phone conversation between Italian minister of culture Sandro Bondi and his deputy cinema minister Nicolo Boreli, in which Bondi states that Berlusconi has demanded that Bonev's movie be shown in Venice and that "some kind of prize" be given to her. Bondi has said his ministry did not pay "even one cent" for the visit.

Bonev subsequently travelled to the festival with a 40-strong Bulgarian delegation headed by the country's culture minister, Vezhdi Rashidov, who has stated that the trip was paid for by Italy. The Bulgarian prime minister, Boyko Borisov, said: "I am sorry, I think Ms Bonev's looks might have lowered [Rashidov's] self-preservation instincts, and he failed to check in detail, who and how exactly invited him," he said. "I think Rashidov learned his lesson and will not repeat the mistake." Bonev, 39, has said that she paid for both the delegation and the ceremony itself.

Sofia-based news agency Novinite reports that Goodbye Mama, in which Bonev stars as one of three family members, was not in fact shown at the festival. In fact, it has never been shown in Bulgaria or Italy, says the agency.

Bonev is a virtual unknown in her own country. Describing herself as a "writer, scriptwriter, actress, film director and entrepreneur", she is now perhaps more famous in Italy for her friendship with Berlusconi.

Reports in Italy suggest that the Italian state broadcaster, RAI, which is under the control of the Berlusconi government, allegedly paid ?1m – a high figure for a film with limited blockbuster appeal – for the rights to screen Goodbye Mama. The broadcaster's director of cinema has said he was told to buy the film by RAI's director general, Mauro Masi, an official appointed by Berlusconi's administration. Masi denies the claim.

Berlusconi, 74, has been under intense pressure in Italy following a string of reports alleging relationships with young women, as well as suspicions from the WikiLeaks cables that he may have profited from secret deals with the Russian prime minister, Vladimir Putin. He faces a confidence vote in the Italian parliament on 14 December that could decide his political future. Berlusconi has denied these allegations.

If the allegations surrounding Bonev's award prove to be true, they would cast a dark cloud over Venice's rarely sullied reputation. Officials at the oldest film festival in the world, which was founded in 1932, declined to comment.