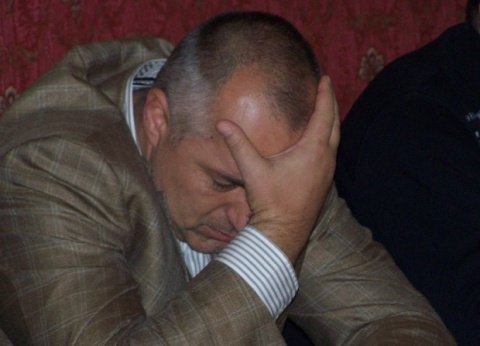 Bulgaria's PM and GERB Leader, Boyko Borisov, says he is angry and ashamed for the greed of 8 of his MPs. Photo by BGNES

Bulgaria's Prime Minister and leader of the center-right Citizens for European Development of Bulgaria (GERB) party, Boyko Borisov, wants to impose fines on the 16 Members of Parliament who succumbed to a media trick.

According to the Bulgarian largest private TV channel bTV, Borisov had extended the proposal for the fines to the Speaker of the Parliament, Tsetska Tsacheva.

The PM had asked for a penalty in the amount of a monthly wage (about BGN 2 300) to a wage and a half for the 16 MPs, who were exposed for their greed and prevalence of personal interests over legislative responsibilities.

On Tuesday, the Parliamentary group of the ruling GERB party decided to sanction the 8 GERB MPs, who were part of the group, with a "strong reprimand" and asked the other parties in the Parliament to issue an official position.