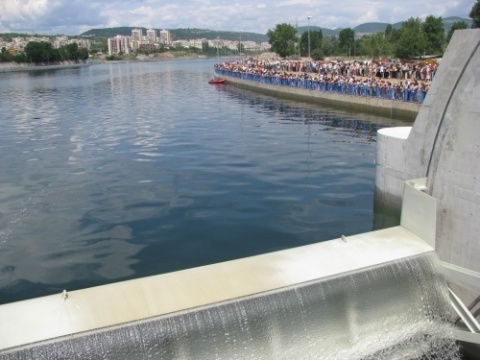 Austrian company EVN is expected to purchase a 70% stake in the Bulgarian hydro power plant project "Gorna Arda" from Turkish company Ceylan in the first quarter of 2011.

This has been announced by Joerg Solgelner, Regional Manager of EVN Bulgaria, as cited by the Pari Daily. EVN and Ceylan are currently in negotiations for the buyout.

According to Solgelner, there are still important questions with respect to the Gorda Arda ("Upper Arda") project that have to be settled before a contract for starting work on it could be signed.

Thus, the project company for the construction of the 160 MW cascade could be formed by the spring of 2011, with a 70% of EVN and a 30% share of the Bulgarian National Electric Company NEK. Yet, the project could be delayed by land expropriation procedures.

EVN is expected to receive a Class A investor status that will provide it with benefits for the construction since the Rhodope Mountain where the hydro power plant is located, is considered an underdeveloped region.

In July 2010, Austrian utility EVN signed a deal with Bulgaria's state power utility NEK to take a majority stake in the Bulgarian hydropower project. Under the agreement Austrian utility EVN will own a 70% stake, while NEK will hold the remaining 30% in the joint venture.

The agreement for the construction of Gorna Arda hydropower project in southern Bulgaria, between Austria's energy firm EVN and Bulgaria's dominant state power utility NEK was signed during the visit of Prime Minister Boyko Borisov in Vienna in the middle of July.