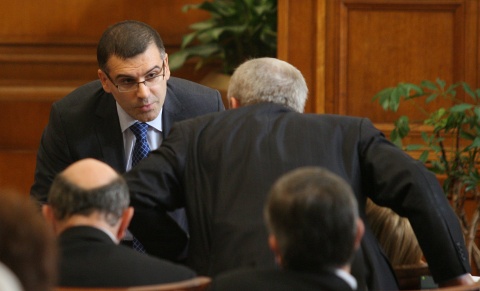 Bulgarian Minister of Finance Simeon Djankov has once again attested his hate for the Academy of Sciences and his poor knolwedge of the Bulgarian language by calling the country's top research institution a "black box."

Speaking in Parliament during question time, the ex-World Bank guru voiced skepticism of the financial efficiency of the Bulgarian Academy of Science central structure in order to support a controversial legislative measure that would split it into separate institutes under the juristiction of the Ministry of Education.

To make things more vivid, the Minister of Finance said that "When we're talking about taxpayers' money, we have to be clear that the central structure of BAS is a black box!"

As in English, in Bulgarian the expression "black box" means a device that can be accessed only via its input and output. Although this might well have been the intention of Djankov, it seems to contradict his thesis that BAS produces next to zero worthwhile science. The Bulgarian expression the finance minister might have been looking for is "black cash-box." (The Bulgarian word for "cash-box" does not include the word "box.")

In his attacks against BAS, Djankov has in the past made another peculiar contribution to Bulgarian phraseology by coining the expression "feudal grandpas (or dotards)" outrageously refering to BAS's allegedly old and useless personnel. The actual Bulgarian expression is "synodal grandpas."

Djankov, who has not hidden his distaste for BAS from early on, is widely seen as the mastermind behind its potential dismantling. Apart from saving the state from the need to sponsor research, this move could lead to a sale out of lucrative BAS estates - an intention that Djankov denied in Parliament Friday.