Bulgarian Culture Minister: Who Has Sex with Berlusconi Is Private Matter 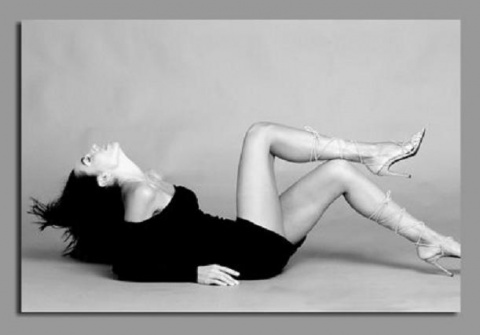 Bulgarian Minister of Culture Vezhdi Rashidov made it clear he sees nothing inappropriate about the case of Michelle Bonev, who won a controversial award at the Venice Film Festival apparently sponsored by the Italian and Bulgarian states.

Thursday Rashidov gave a spectacular interview to Bulgarian Nova TV peppered with too many picturesque and aberrant utterances to quote in full.

Among them was the unprovoked remark that "The question about who sleeps with Sandro Bondi or Silvio Berlusconi is a matter of private live."

Italian media have been stressing on a "friendship" between Bonev and the Italian PM Berlusconi and Minister of Culture Bondi.

As the scandal unfolded, it became clear that not only Bonev's film "Goodbye Mamma" was awarded a prize "fabricated" especially for it, but was funded by Italian state TV RAI (EUR 1 M) and the Bulgarian Ministry of Culture (EUR 300,000).

In addition, a 40-strong Bulgarian delegation travelled to Venice for the award, again at the expense of the Italian government

Thursday Rashidov proved incapable of seeing anything wrong in all that, saying thatt there is not anything wrong in the government supporting cinema. "The girl has created her product, let the public judge it!" reasoned the culture minister.

Monday Bulgarian PM Boyko Borisov had completely nonchalantly quipped that perhaps Bonev's looks had misled his culture minister, something that Rashidov half-mouthedly admitted, without again seeing anything worrisome in that.

"When I saw Michelle Bonev in Venice, and she turned out to be ... hm ... she was dressed in a peculiar way, and so she's one pretty woman. What's the problem?" said Rashidov Thursday.

"In the end, we're 100% men - the chief thing for us is to look at beautiful women and appraise them," concluded the Bulgarian Minister of Culture.