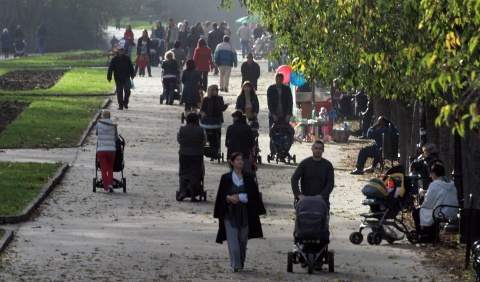 The national weather service in Bulgaria has raised a Code Orange warning for Friday with more high winds coming amid extreme temperature differences across the country.

Code Orange signifies "dangerous weather" and is second in degree of alert, behind Code Red ("extremely dangerous"). Friday Code Orange is set for the entire territory of Bulgaria.

South winds are expected to blast away throughout Southern and Eastern Bulgaria, reaching gusts with hurricane speed at higher elevations.

They will bring a new heatwave in those regions, with temperatures expected to reach 22-23 degrees Centigrate, highly unusual for the beginning of December.

However, the cold wave that has hit a large part of the rest of Europe will not leave Bulgaria behind and will actually affect the North-Western parts of the country, where highs will not exceed 4-6 C.

Forecasters at the National Institute of Meteorology and Hydrology at the Bulgarian Academy of Sciences also warned of ice in the North-West.

Saturday meteorolgists expect a quieting of southern winds, and an inflow of colder air from the North-West which will bring down rain. Highs will remain highly diverging across the country, Sunday rains are expected to stop and the sky to clear.

Thursday afternoon NIMH announced that 15 temperature records have been broken across the southern parts of the country, with temperature reaching 23 C in Haskovo and Ahtopol.