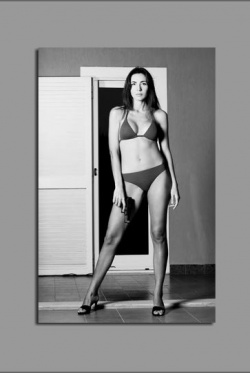 Italian actress and director of Bulgarian origin Michelle Bonev has come out with a statement denying accusations she had received backing from the Italian government at this fall's Venice Film Festival.

Recently Italian media staged an attack at Bonev, claiming that at the fest she received a "fabricated" award created just for her, and moreover that her participation was sponsored by the Italian government under the influence of PM Silvio Berlusconi, who was Bonev's friend.

Further, Italian media alleged that the participation of a 40-strong Bulgarian delegation at Venice led by the Minister of Culture Vezhdi Rashidov has also been covered by the Italian government.

Some voices demanded the resignation of Italian Minister of Culture Sandro Bondi.

In her statement, Michelle Bonev called all those accusations "a torrent of lies," saying her company Romantica Entertainment had actually financed the trip of the Bulgarian delegation.

The Bulgarian-Italian movie worker stated that she had all documents to prove that.

Bonev explained she wanted to give her country of origin the chance for presence at the prestigious Venice Film Festival after an absence of 20 years.